Some days, what not to do is right in front of you.  When I was walking from the parking lot into the building, I noticed the ladder leaning against the building to access the roof.  The first thing that jumped out at me was the fact that the top of the ladder was extended just barely beyond the top edge of the wall.  It was not anywhere close to the minimum 3 feet that it should have extended past the access point between the ladder and the roof. 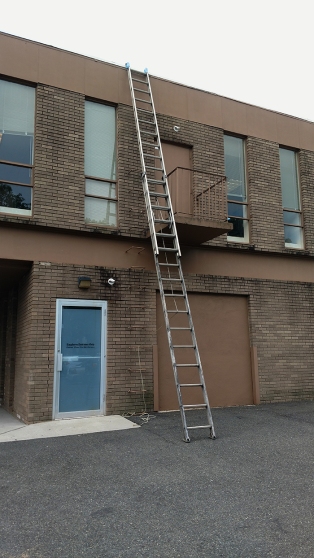 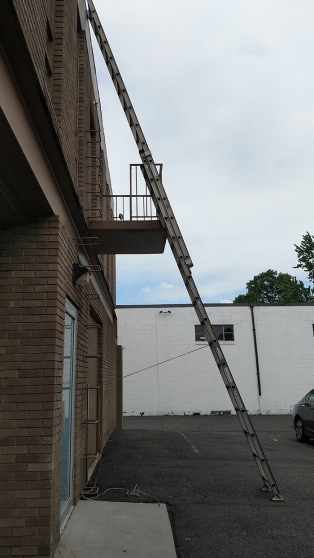 I went inside and grabbed my business partner to point out the ladder, but also to show him the new NIOSH Ladder Safety App.  It’s a simple but useful app that I’ve used out in the field on a couple of previous occasions to document fixed ladders on a worksite.  The nice thing about it is that it has a measuring tool that can tell you whether a ladder is placed at too shallow an angle, the appropriate angle, or too steep an angle.  When I placed my phone on the ladder, the ladder was at too shallow an angle – 72 degrees.  The shallow angle placement of the ladder is compounded by the fact that the feet of the ladder are placed on a downward sloping section of pavement.  Between the shallow angle, sloped pavement, and lack of ladder extension beyond the access point, this is a catastrophe waiting to happen.

Correcting these mistakes is a simple fix: